Jason McNamara, alias Jay Mac, vegan advocate and chef is the founder of “The Kind Kitchen” in Cape Town, South Africa. Jay has travelled to Austin Texas in 2013 where he gained his skills in vegan culinary arts at The Natural Epicurean Academy of Culinary Arts under the tutelage of Chef Inge Bothma.
Jay is also known as a film director, more specifically for the Jivamukti Yoga documentary “What is real”. Last but not least, Jay is an Advanced Certified Jivamukti Yoga teacher. 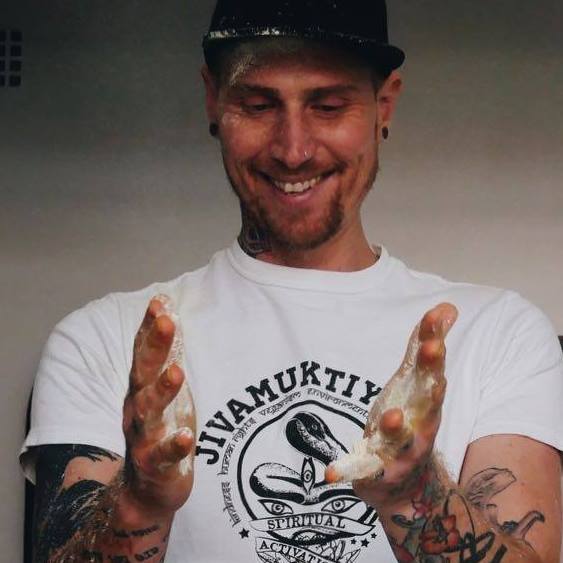 Notes: Your omelette fillings are only limited by your imagination now. Replace chickpea flour for Pea or Mung flour.

Beetroot Falafels for Salad or Gyro

Notes: Serve with warm pita breads / gyros / wraps for people to make their own.

Mix all ingredients together in a jar and shake well